By Thomas SöderqvistNovember 6, 2008No Comments 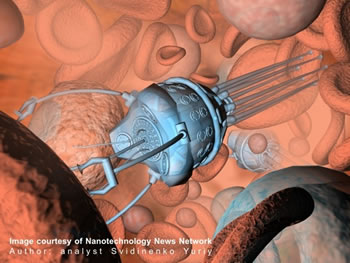 The number of conferences of potential interest for medical museologists and historians of contemporary medicine is increasing.

Take, for example, the annual conference of the German Society for the History of Technology that will be held at the Hochschule für Gestaltung, Offenbach am Main (close to Frankfurt aM), 22-24 May 2009 — on the theme of the history of robotics.

“If ‘the atom’ and then ‘the gene’ were symbols of the 20th century, then ‘the robot’ is that of the 21st century”, say the organizers. (Especially nanorobots, I guess.) The aim of the meeting is to discuss the historiography of robots and robotics and analyze presentations of robots in museums and exhibits.

In science fiction, visions of the future were and are being constructed about the possible use of robots. These visions often show a rather ambivalent view of these machines. Even current robotics casts both positive and negative lights on them. Thus, developers and producers promise that in the future robots will contribute to the solution of such large and manifold problems of humanity as environmental catastrophes or caring for the elderly.

A particularly controversy of the topic lies therein that robots appear not only to be surpassing humans in regards to particular activities, but also to be replacing them: with regard to heavy labor in industry, particular cultural skills such as arithmetic or music, or in social work, such as in the care of the handicapped, children or the sick. Therefore, a challenge is to research if these developments will change the self-conception of people in its relation to itself and to machines. History of the vision of the future for robots
Interaction between science fiction and robotics
Historical change in the perception of the man-robot relationship
Robotics in international comparison
Application errors of robotics and its history (industry, medicine, military, service, toy industry)
Historical decisions regarding the use of robots in particular sectors
The sociality of robots
The design of robots in the course of time: humanoid robots as a model?
Historically based technology assessment

Proposals for presentations (max. 350-400 words) should be sent along with a one-page curriculum vitae before 6 January, 2009 to Catarina Caetano da Rosa, caetano@histech.rwth-aachen.de.